Catechesis of the Good Shepherd 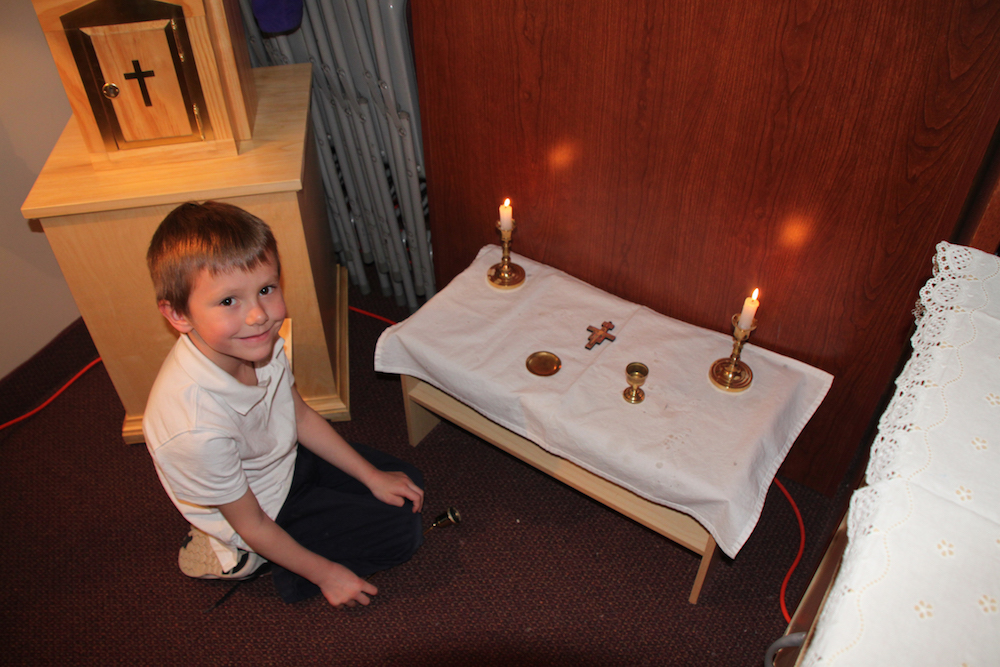 The Catechesis of the Good Shepherd (CGS), a style of instructing children ages 3-12 in the truths of the Catholic faith, seeks to create an engaging and secure environment in which each child can explore and respond to the faith individually, in a way they can understand.

Carolyn Kohlhaas, the lead catechist of The Way of the Shepherd Catholic Montessori School in Blaine has been training adults in offering the catechetical style of CGS at Way of the Shepherd for six years. The training takes a minimum of 90 hours. This method of catechesis is rapidly growing in acclaim among Catholics of the Archdiocese of St. Paul and Minneapolis. Kohlhaas says that for the past six years, she has consistently had 15-25 adults in each training cycle, and she loves to see their excitement over CGS, which she describes as “a whole new way of listening.”

CGS differs from traditional religious education in that it perceives the child not as a “blank slate” ready to be instructed about God, but rather as a person who already has a relationship with God, and who needs language and a space to grow deeper in this relationship. The goal of CGS is to help each child discover how they best connect with God. The adult serves as a co-listener and co-learner with the child, moving out of the role of a teacher into functioning in a role similar to that of a spiritual director. Why is the program so individually focused? Kohlhaas explains, “It’s hard to give a gift to a whole group, but it’s very possible to give a gift to an individual.”

Much of the catechetical style revolves around asking questions that tap into a child’s sense of wonder. For example, when exploring the story of the Annunciation with a child, a catechist might ask the child questions such as, “How do you think Mary felt when an angel showed up in her room?” In addition, the catechist will use three-dimensional models and figures to illustrate the story and allow the child to interact with it more tangibly.

The Catechesis of the Good Shepherd first came about in 1954 through the work of two Roman Catholic laywomen in Rome, Sofia Cavalletti and Gianna Gobbi. The materials they prepared for children were based on the Bible, the Roman Catholic liturgy and sacraments, tradition and Church teachings. Interestingly, the first training in the methods of CGS to be offered outside of Rome was by Cavalletti right here in the Archdiocese of St. Paul and Minneapolis. There are now 33 parishes in the archdiocese that offer CGS for children, and a new program just started at St. Patrick in Hudson, Wisconsin, this fall. Recently, multiple religious orders have started the program as well, such as the Missionaries of Charity, Mother Teresa’s sisters.

As we strive together to sustain our Catholic schools, maintain excellence and increase enrollment, Catechesis of the Good Shepherd boasts both a rich history and a bright future for the faith of the young Catholic students of our archdiocese.